If you hunt in Africa, you have to think about malaria.

Two weeks after returning from a safari in Zimbabwe, I was suddenly hit with a severe headache, racking chills, and a fever that reached 104 degrees within two hours: all classic signs of malaria. When you hunt in certain parts of Africa, contracting malaria is a real possibility and a very unpleasant one. The disease is a potentially deadly killer and should not be taken lightly. In my case, it led to ten days in the hospital, including several days in the intensive care unit.

As it turned out, I contracted the disease while hunting buffalo in the Matetsi area near the Zambezi River. This area is endemic for Plasmodium malariae. When we found ourselves too far afield to return to the safari vehicle one dark, moonless night, we spent the night out in the bush, sleeping next to a fire. During the night, I was bitten by mosquitoes, and, despite prophylaxis, came down with cerebral malaria two weeks later.

Of the four species of the Plasmodium protozoan, P. falciparum is the type most likely to be encountered by the hunter in Africa and it is the most deadly strain. P. ovale, P. malariae, and P vivax are less frequently encountered and, in general, are less deadly. Transmitted by the bite of an infected female Anopheles mosquito, malaria remains the biggest killer in Africa, and indeed, the world. Over a million people die annually from the disease. The cerebral form and the hemolytic form, blackwater fever with renal failure, can be particularly lethal.

Previously effective, the medication chloroquine is no longer used in most areas because of resistance developed by the pathogen. Effective treatment includes such drugs as mefloquine, doxycycline, and Arinate. The latter is available usually only in Africa. Quinine is usually reserved for severe or refractory cases.

No malarial prophylaxis provides 100 percent protection, and the first rule is not to be bitten. Mosquito repellents and mosquito nets should be faithfully used. Nets are provided for good reason–not because they look romantic. Most mosquito bites occur during the hours of 11 p.m. and 4 a.m. Whether you use Larium or Malarone for prophylaxis, continuing its use for four weeks after your return from Africa is incredibly important.

Many, U.S. physicians (and I was one) have limited knowledge about malaria. Many do not realize that in some cases, a person on malaria prophylaxis will not show malarial parasites on blood smears. This is the experience of several African physicians that I have met. In my personal experience, here at home, they relied only on positive blood smears to make a diagnosis, even in the face of classic symptoms. Inexplicably, despite my recent trip to Africa, my classic symptoms, and my insistence that I had malaria, I was initially told that I suffered, perhaps, from toxic shock syndrome, due to some skin scratches I had, or possibly from Dengue fever, a viral infection carried by the Aedes mosquito, which was very unlikely considering the remote area I was hunting. (It is more commonly found in crowded environs.) This was extremely frustrating.

They came to this conclusion since no malarial parasites were seen on thick blood smears used in diagnosis. Many of the lab personnel looking for parasites on such smears are young or inexperienced and have never seen a case of malaria. The parasites can be difficult to see microscopically. Another diagnostic tool, the immuno-chromatographic test, is accurate and rapid in diagnosis but is not often used in the USA. My physicians, to my relief, hedged their bets and placed me on doxycycline therapy, effective therapy for malaria.

The average African PH, who along with his wife and family has almost invariably had the disease, and along with African physicians, know more about the diagnosis of malaria and its effective treatment, than many here in the USA. They do not routinely use prophylaxis, but are treated when symptoms occur. Commonly used are Arinate and Sulfadar, both of which are used by the PHs and Zambian physicians I have met. Arinate is a derivative of a Chinese plant in the artemesia family and a course of therapy can be purchased in Africa for about $5. These drugs, though effective, have not found widespread use in the United States.

So, what should you do? Do take Lariam or Malarone for prophylaxis. (Lariam has been criticized for its hallucinogenic side effects and can cause vivid dreams.) Take upon yourself the responsibility to read up on the disease and its treatment in the locale in which you plan to visit or hunt. Current information on the disease, methods of prevention, and drug resistance is available on the internet from the Center for Disease Control as well as on other sites. Do, however, consult a physician for advice on which drug to use in the country or area where you will be hunting. Having malaria once conveys no immunity. Those who live in Africa get it repeatedly. 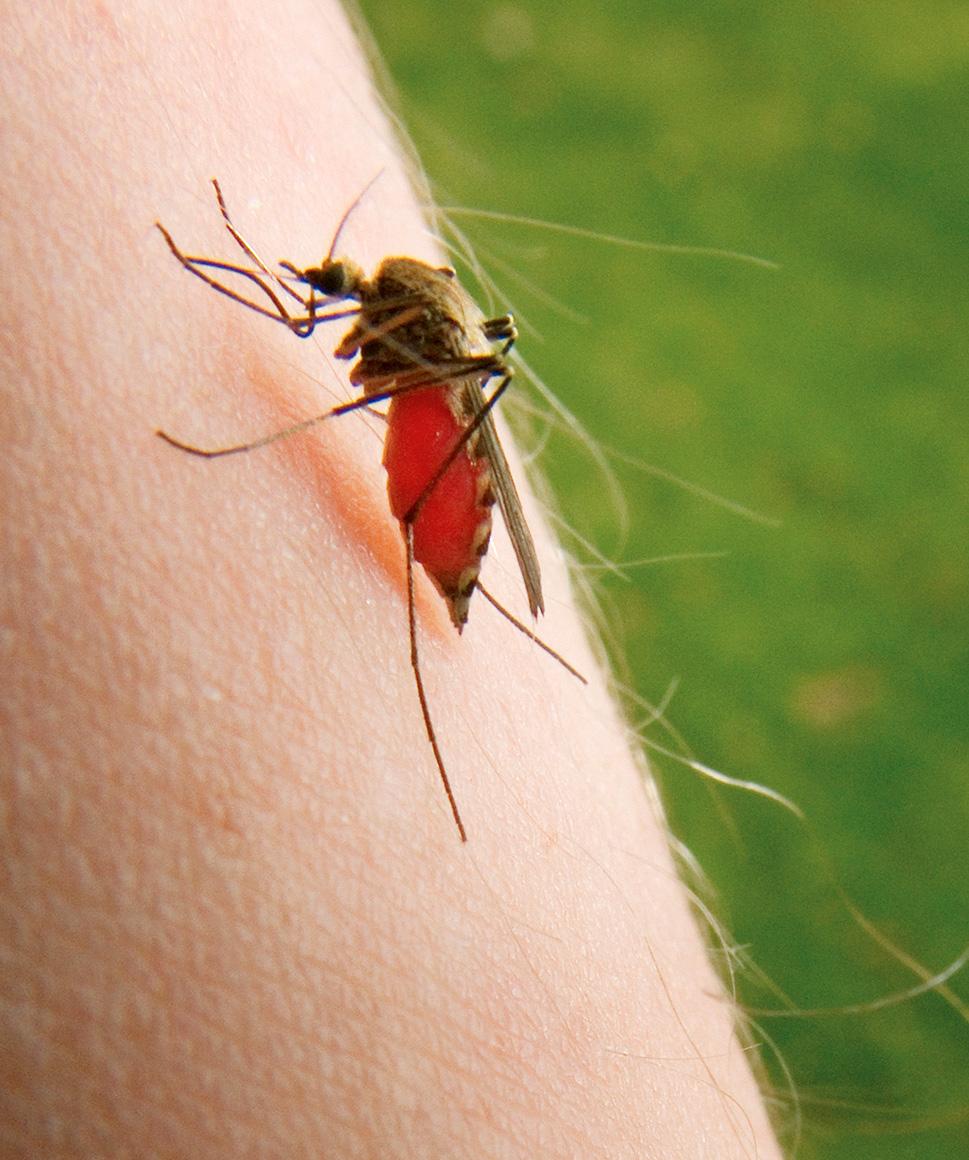