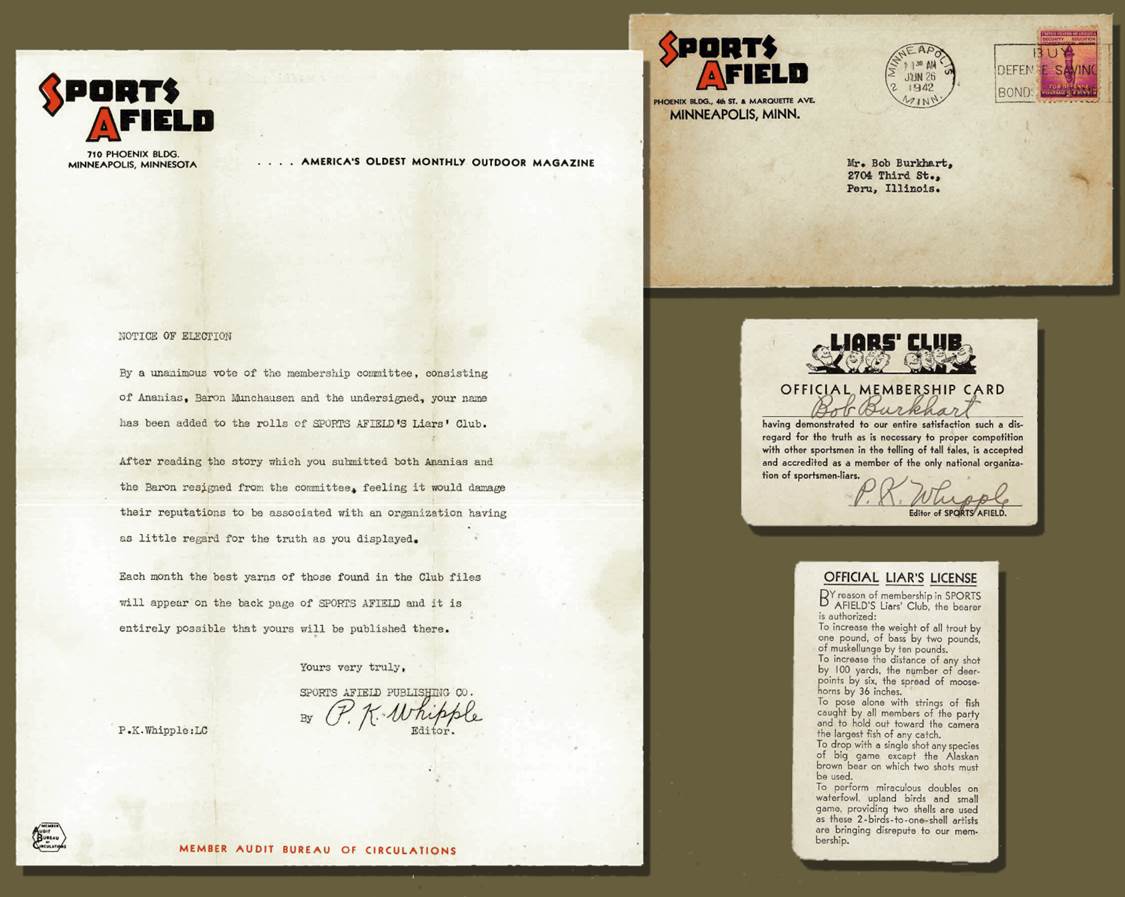 Sports Afield once had an official “Liar’s Club!”

In the 1930s and 1940s, the Sports Afield “Liar’s Club” was an enormously popular part of the magazine. On the back page of every issue, readers would share the most outlandish tall tales they could come up with. The readers whose stories were chosen received an official “membership” in the Liar’s Club, complete with membership card and official letter. This official member of the Liar’s Club was inducted in 1942, according to the postmark on the envelope.