Ten more destinations that can be enjoyed either before the hunt, or after its completion. 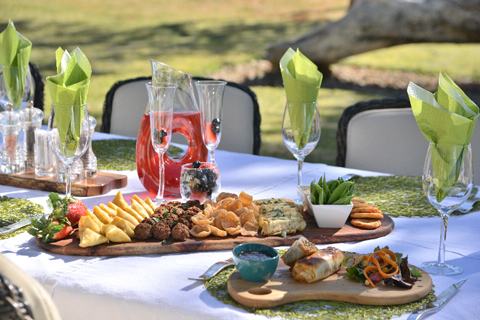 The Crags
The Crags region, near Plettenburg on the Garden Route in the Western Cape Province, is actually very different from the Garden Route. The Crags region is close to a beautiful lagoon at Nature’s Valley, although the swift current can make swimming somewhat hazardous. There’s a lot to see and do, and can be best appreciated by taking the Cruise the Crags Tour.
Monkeyland is home to abused and abandoned primates; they came from labs, or were abandoned as pets. You can take guided walks through a natural forest where you will encounter spider monkeys, gibbons, vervet monkeys, howler monkeys and many more. Some of the tamer animals often play with the guests.

The Drakensburg
The Dragon Mountains, or to the Zulu – uKhahlamba (Barrier of Spears) – are a wall of rock that rises from the Natal grasslands forming a natural fortress surrounding the mountain kingdom of Lesotho, and the Letseng diamond mine; the world’s highest diamond mine at 10,000 feet elevation. In 2006 the 603 carat white diamond “Lesotho Promise” was unearthed. It’s the 15th largest diamond ever found. Drakensberg is a World Heritage site, and is known for its large collection of rock art. The best times to visit are during the spring (September-October) or late autumn (late April-June).

The Eastern Cape
The Eastern Cape is South Africa’s most diverse province. Its capital is Bhisho, but its two largest cities are East London and Port Elizabeth. It was created in 1994 from the Xhosa (“Click Language” people) homelands of Transkei and Ciskei with part of the eastern portion of the Cape Provence thrown in for good measure. The landscape is quite diverse. The western interior is arid, while the east is wet and green. The Eastern Cape has over 500 miles of virtually-untouched coastline. All of the “Big Five” can be seen in this malaria-free environment.

The only snow skiing in South Africa is available at the Tiffindell Resort in southern Drakensberg. The Adodo Elephant National Park is home to 170 elephants, 400 Cape buffalo, and at this writing, 21 black rhino.

For the surfers, there’s Jefferys Bay where the wild coastline is backed by some of Africa’s most spectacular rain forest. It’s the site of surfing “supertubes” – South Africa’s longest and most consistent waves. If wine is your desire, the town of Whittlesea near Queenstown, is the home of Harrison-Hope winery, the first winery in the Eastern Cape. Recently Inkosi Wine was opened in April of 2017.

There’s the Amatole region around East London whose forests, peaks, rock formations and waterfalls are an outdoor lover’s dream. It has been said that J.R.R. Tolkien’s inspiration for his Middle Earth and the living trees in Lord of the Rings came from this area.

The Elephant Coast
Elephant Coast, KwaZulu-Natal is home to the Hluhluwe-iMfolozi and iSimangaliso Wetlands Parks. KwaZulu-Natal’s best private lodges lie in northern Zululand and Maputaland near the border with Mozambique. The area is less than 130 miles in length and right at 43 miles in width, full of South Africa’s most beautiful scenery – long beaches, rivers and forests. A visitor can swim with sharks, surf, hike, deep sea fish, scuba dive, observe whales and dolphins, or just kick back and watch the world go by. The best times to visit are winter, autumn, or spring, as the summers can be extremely hot and humid.

The Garden Route and the Little Karoo
The Garden Route consists of the 130-mile coastline stretching from Mossel Bay to Storms River along the Southern Cape of South Africa. Mossel Bay is known as the place where the first Europeans landed in South Africa – Bartolomeu Dias landed there February 3, 1488. The Bay’s continuous occupation by humans can be traced back more than 160,000 years.

The Route contains spectacular and diverse scenery, rugged cliffs that fall into the ocean, long beaches, lakes, forests and the Outeniqua and Tsitsikamma Mountain ranges.
It’s these mountains that trap the wet ocean winds and provide the abundant rains that keep the area lush and green. It’s these same mountain ranges that keep the interior arid, creating the semi-deserts the Little Karoo and the Great Karoo.

The Little Karoo stretches from the east side of the Outeniqua range to the Swartberg range. It’s a desolate land of rocks and scrub brush. It is noted for its ostrich farms and Cango caves. The Caves are found in the Precambrian limestone foothills of the Swartberg Mountains near the town of Oudtshoom. Cave paintings and artifacts found in the caves indicate that they were occupied during the Middle and Late Stone Ages. Tours are conducted most days. They are broken into two types “Standard Tour” that takes one hour, and “Adventure Tour” which requires 90 minutes. The Adventure Tour involves climbing up steep rock formations, and crawling through small passages; definitely not for the claustrophobic or those with a fear of heights.

The national parks of Knysna, Tsitsikamma and Wilderness have now been incorporated into the Garden Route National Park system. Each one has different vistas, forests and coastlines to offer the traveler.

The KwaZulu-Natal Midlands
The KwaZulu-Natal midlands are an inland area of South Africa that is outside Pietermaritzburg but stop at the Drakensburg Mountain Range. The Midlands Meander is a collection of well-laid out routes created in 1983 that include almost 200 shops, galleries, restaurants, accommodations and more. They run through various small towns and villages, and provide a great opportunity to shop for high quality South African arts and crafts. It’s an easy one-hour drive from Durban, and four and one half hours from Johannesburg.

After meandering, you can visit the KwaZulu-Natal battlefields where the bloody battles between the British, Boers, and Zulu impis took place. Visit the sites of the famous 1879 battle sites of Islandlawana and Rorkes Drift. Two years later, the British and the Boers were at war in what became known as the First Anglo-Boer War fighting their battles across this same stretch of land.

The Northern Cape
South Africa’s largest province is also its least populated. About one-third of the country, it is mostly desert and semi-desert land containing the Karoo, Kalahari, Namaqualand, and Richtersveld deserts in an area that stretches from the Orange River in the north to the Western Cape border in the south. It covers 225,665 square miles, but contains a population of fewer than one million people mostly in a few small towns. In the 1870s, the town of Kimberly became known as the City of Diamonds. Between 1871 and 1914, over 13,600,000 carats of diamonds were dug out using only picks and shovels. This mine became known as the “Big Hole”; covering 42 acres and having a depth of 790 feet. The Big Hole is now a world class tourism facility.

The Northern Province is best seen by car. Accommodations and food may take a bit of work to discover, but it will be worth the effort. It’s a place to meet the Khoi San people who first inhabited the area about 100,000 years before the arrival of other black people or European settlers.
The Northern Cape has the second-largest national park, Kgalagadi Transfrontier Park, the first park of its kind. It adjoins Gemsbok National Park in Botswana and comprises an area of 15,000 square miles. The park consists of sand dunes, sparse vegetation, the occasional tree, and many dry riverbeds of the Nossob and Auob rivers. They are said to flow only about once every 100 years. This less-traveled province could well be the high point of a safari to South Africa.

The Western Cape
Cape Town is the Western Cape’s prominent city. It’s an area known for its fine wine, abundant wheat fields, produce, abalone, crayfish and kabeljou (food fish). From June to November, hundreds of whales return to the Cape’s shores to calve. It’s considered one of the best places for land-based whale watching in the world.

Valley of a Thousand Hills
During the first part of the 19th century, wagons traveled from Durban through the hills and valleys to the Pietermaritzberg area to service and supply the burgeoning mining industry. Today, the Old Main Road still runs through small villages and over ridges and valleys while offering spectacular views of land dotted with Zulu villages. The road runs through villages filled with restaurants, coffee shops, galleries, pubs, inns, B&Bs and lodges. Almost around every turn is a spectacular view of the gorges.

Zululand
The Zulu are a Bantu ethnic group of people with a population estimated to be between 10-11 million people, with the majority living in the province of KwaZulu-Natal. The Zulu formed a powerful state under their leader Shaka Zulu in 1818. They are probably the best known African tribe with many books and movies about their culture. Fifty years after King Shaka’s death, the British still considered the Zulu nation a threat. Their solution was to start a war in 1879 to destroy the Zulu nation.
Many battles were fought and interest in the historic battlefields is growing. The best way to tour the battlefields is with a knowledgeable guide, because many of the battlefields have returned to open grassland with little more than a stone cairn to identify them.

These are just a few of the attractions to be found in South Africa. If you are interested in before- or after-safari side trips, check out a reputable safari broker like www.discountafrican hunts.com for help in organizing and planning your hunt and South African visit. 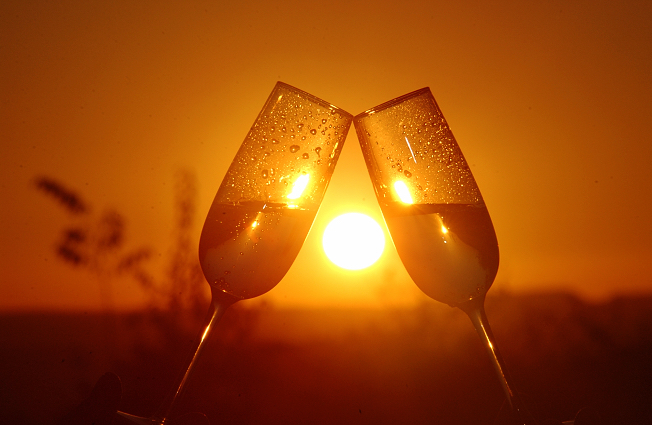