Hunter, conservationist, writer, and author of many bestselling big-game hunting books, he left his mark on the outdoor world.

From 1983 to 1999, Quimby was editor and publisher of Safari Club International’s Safari magazine, the annual SCI Record Books of Trophy Animals, and the monthly Safari Times and Safari Times Africa newspapers. From 1967 to 1994, he was the outdoor editor of the Tucson Citizen and a member of its editorial board from 1987 to 1994. 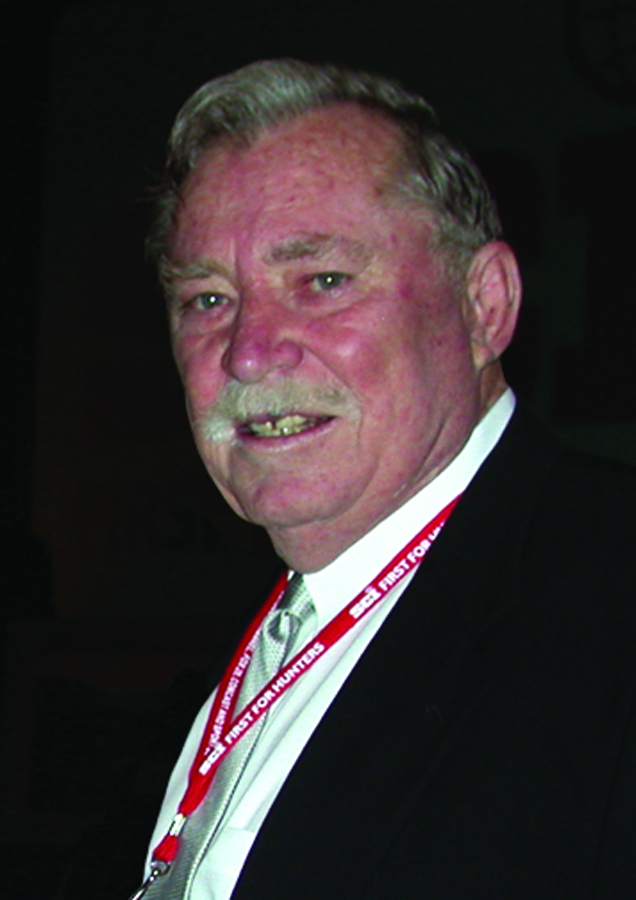 He was born in Tucson on September 30, 1936, and attended schools in Yuma before returning to Tucson in 1954 to enroll in the University of Arizona’s College of Business and Public Administration. After graduating with a Bachelor of Science in Marketing, he was employed in the advertising divisions of Levy’s and Jacome’s department stores, and at local advertising and public relations agencies. He founded and published Arizona Outdoor News, a regional newspaper covering Arizona’s hunting and fishing opportunities, for three years in the 1960s.

He was a founding member of the Tucson Art Directors Club and southern Arizona chapters of Ducks Unlimited and the Rocky Mountain Elk Foundation. He also served as the 1990 president of the One Shot Antelope Hunt’s Past Shooters Club in Lander, Wyoming.

In 1973, the Arizona Wildlife Federation presented Quimby with the Conservation Communicator of the Year award for “outstanding contributions to the wise use and management of the nation’s natural resources.” In the 1980s he served as a member of a governor’s panel that advised the Arizona Game and Fish Department on fundraising methods.

After retiring in 1999, he divided his time between his home in Tucson and a cabin in Greer, and wrote or edited more than two dozen books on international big-game hunting subjects.

One of his books, Royal Quest, told of the hunting expeditions of Prince Abdorreza Pahlavi, brother of the last Shah of Iran. Another of his books chronicled the history of Safari Club International. His own memoir, Sixty Years a Hunter, was published in 2010.

Quimby received numerous awards as a reporter, columnist, editor, and publisher, and, in 2003, he became one of only three authors to be presented the Peter Hathaway Capstick International Literary Award, the highest award a hunting and adventure author can receive. He was inducted into the Arizona Outdoor Hall of Fame in 2006.