Dr. Robert Speegle, better known to most as “Doc,” died on June 12, 2019. He was ninety-three. His legacy to the hunting world will probably never be fully measured, but his mark on his fellow hunters and all who knew him is indelible.

Bob Speegle was born in Hamlin, Texas, on December 2, 1925, and attended high school in Denison, Texas, where he became an Eagle Scout. In 1944, Bob served as a battlefield medic in Europe in World War II. He was a member of the 42nd Infantry Division, the presidentially cited Rainbow Division in France. While serving in Europe, he learned to speak Spanish and German. When he returned home, Bob went to the University of Texas at Austin on the GI Bill, and then studied medicine at the University of Texas Medical Branch in Galveston. He built the first hospital in Garland and practiced medicine until he was eighty-six years old. 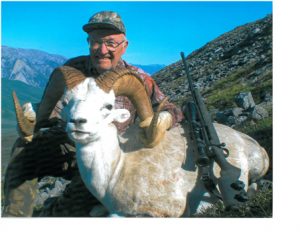 Bob was a distinguished member of several medical professional organizations and an avid hunter, especially for mountain game, and was a DSC Life Member. Bob won many prestigious hunting and conservation awards including the Weatherby Award, the Conklin Award, and the Ovis Awards. He collected thirty-one huntable North American game animals with a rifle by age sixty-five, and then took up bow hunting and spent seventeen years accumulating twenty-nine huntable North American game animals with a bow. He is the only person to date to have accomplished this feat. Bob was also a member of Shikar Safari Club International and served as its president in 1983-84. From 1984 to 2017, he was chairman of the selection committee for the Weatherby Award. He has chaired DSC’s Outstanding Hunter Achievement Award from its inception until 2017. Bob had a great love for his family, for medicine, and for hunting. He is survived by his wife of sixty years, Linda Randolph Speegle, a daughter, grandchildren, and many others who will miss him. Bob leaves behind a host of friends and admirers, many of whom may never achieve his hunting record but will keep on trying to catch up. 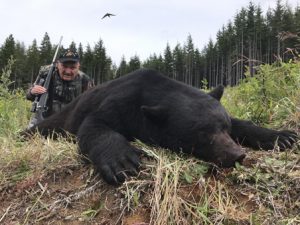 Right: Bob Speegle with a black bear taken in 2018.

“In 1979, I attended my first Weatherby award banquet, then Roy Weatherby’s private party, held at the famous Beverly Hills Hotel. The winner that year was a young, energetic physician from Texas, Dr. Robert E. “Bob” Speegle.

“As an avid reader of the old Weatherby Guide, I knew who Dr. Speegle was, and that he’d been a nominee for Weatherby’s prestigious award for a full decade. Over time that became one of his favorite stories, told without much sympathy to succeeding generations of Weatherby hopefuls.

“In 1979, it could not be predicted that Speegle, respectfully known as “Doc,” would remain a pillar in our hunting community for another forty years. He was capable, determined, and tough. As longtime head of the Weatherby Selection Committee, Doc Speegle did much to establish ethical standards for international big game hunting. He was a leader, a hero, a true icon, and above all, a passionate hunter. We shall not see his like again.”

Dr. Speegle authored A Hunting Life and Two Exploratory Hunts in Asia, which is available from Safari Press, www.safaripress.com. 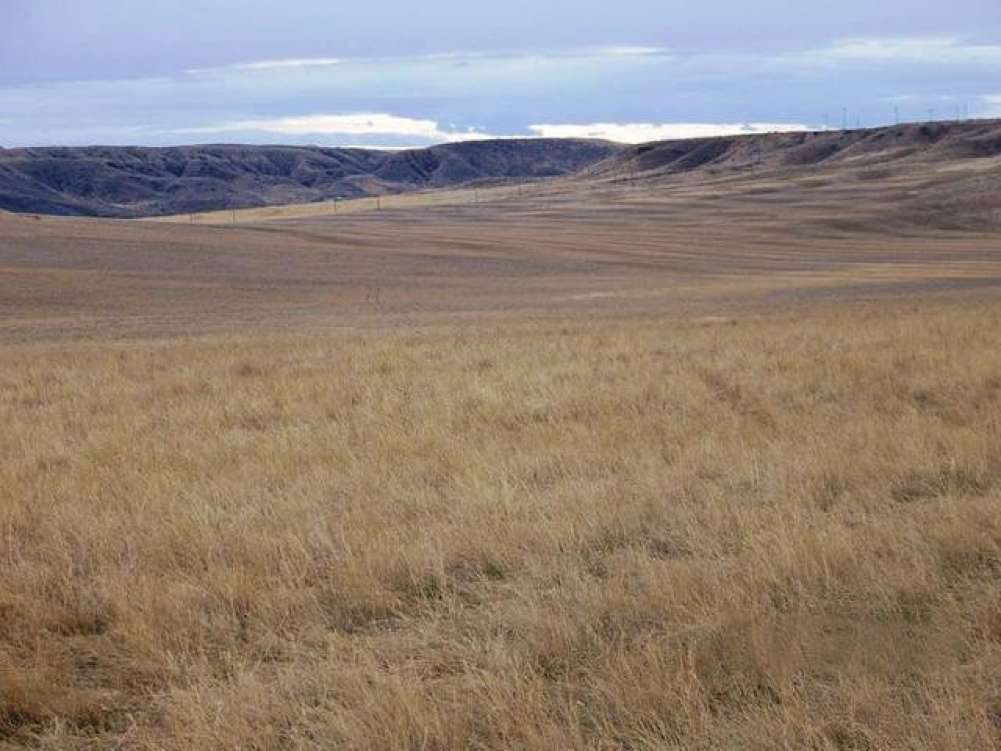