As hunter-grizzly conflicts increase in the Northern Rockies, one name keeps appearing in the accounts of run-ins, charges and maulings: Yellowstone. 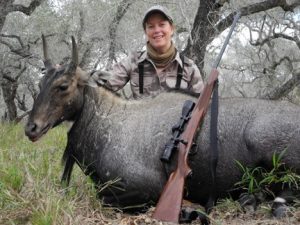 If the last Eld’s deer disappears from the forest, will anyone notice?
The answer, as is so often the case, is this: Hunters will. And they’ll do something about it.

Shooting teams at high schools, colleges, and universities provide great opportunities for students to develop confidence, shooting skills, and learn discipline and leadership. Unfortunately, more and more schools are running into funding problems and often, shooting teams are among the first things to be cut.

When a giant sable, an African antelope native to Angola and once feared to be extinct, was photographed with a trail camera in a forest reserve in this civil-war-ravaged country in 2004, it excited the interest of the hunting and conservation community. 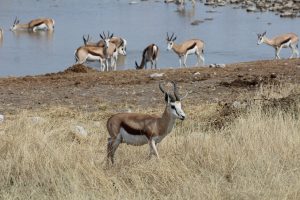 The Future of African Hunting

Presentation to the World Forum on the Future of Sport Shooting Activities, Nuremberg, Germany, 8 March 2007

Did you know that without hunters, African animals like the black wildebeest and the white rhino probably would not exist today?

That’s what a South African game ranger told me in June as we followed rhino tracks—and boot tracks—through a remote area of Kruger National Park.